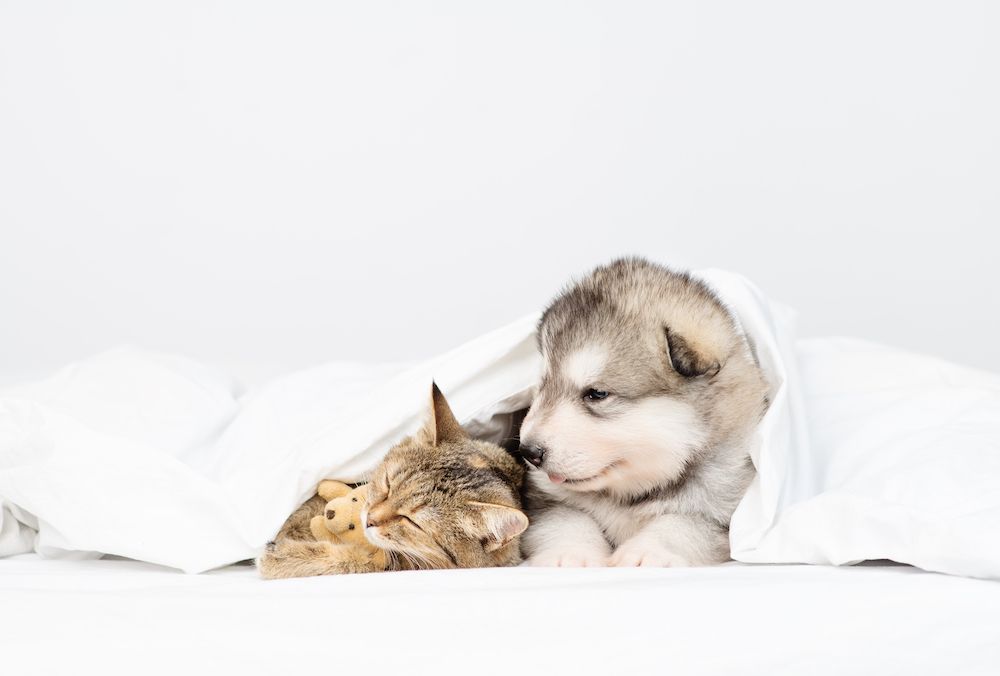 There are many different things that you can do to make sure that your precious pet lives a life that is as long, healthy, and happy as possible. One of these is getting them spayed/neutered. Both terms refer to the removal of the reproductive organs so that the animal in question can no longer go on to reproduce. The surgeries are elective, and with countless being performed across the U.S. every year, they are also considered very safe.

Here are some of the reasons why getting your pet spayed/neutered is important:

You may be surprised to learn that spaying your female pet could help her to live a longer, healthier life. This is because spaying helps to reduce the risk of breast tumors, which are found to be cancerous in around 90% of cats and 50% of dogs. Spaying also eliminates the possibility of uterine or ovarian cancer, and a deadly uterine infection called pyometra.

Female animals who are spayed won’t go into heat, eliminating messy "period" cycles and behaviors associated with going into heat such as urinating around the house and yowling to attract a mate. Females are also less likely to get harassed by any males that may be nearby.

There are also health benefits associated with neutering male animals. One of these is the prevention of testicular cancer, which is particularly common in older animals. Male animals can also develop prostate problems, and the risk of these can be removed by having your male castrated at the appropriate time.

There are quite a few behavior problems that are linked to being an un-neutered male. These include roaming (trying to find a mate), poor focus and concentration, humping, urine spraying, and aggression. Most of these can be lessened or totally overcome by getting your male neutered.

You Can Help to Prevent Overpopulation

There are millions of animals living in shelters in the United States. Many of these animals have been given up or abandoned by their owners because they no longer have the money, time, or the inclination to care for them. All too often, older animals are given up or abandoned because their owners would prefer to adopt a puppy or kitten instead. And regrettably, many animals are euthanized every year because there just aren’t enough people to rehome them. By choosing to spay/neuter your pet, you are playing a small but vital role in preventing overpopulation and giving animals in shelters a greater chance of finding a loving home.

Many people are concerned about the cost of spaying/neutering. However, when compared to the veterinary bills associated with pregnancy, as well as the costs of raising a litter, spaying/neutering proves to be a great investment.

For more information about the importance of spaying/neutering your pet, please contact our experienced and knowledgable veterinary team at Richfield Animal Medical Center in Richfield, Ohio at 330-659-6606.

Author:Date:2021-12-14
For more information about the importance of spaying/neutering your pet, call Richfield Animal Medical Center in Richfield, Ohio at 330-659-6606.

Author:Date:2021-10-13
To learn more information about the benefits of laser surgery for pets, call Richfield Animal Medical Center in Richfield, Ohio at 330-659-6606 today.

Author:Date:2020-12-31
Richfield Animal Medical Center in Richfield OH shares the importance of pet dental care for their overall health. Call us today at 330-659-6606.

How Often to Bring Pets in for Wellness Exams